The November Lockdown saw Middle Distance coach Adrian Pattison setting the pace and sets for the middle distance runners.  Continuing our focus and getting to know our volunteers, we asked Adrian the following: 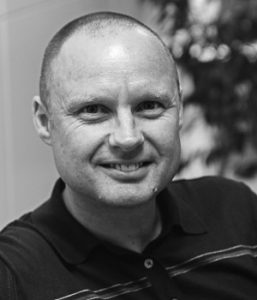 How did you get involved with the club?

My son Ben started coming down to train when he was in year 6, and like many of us a certain Deborah Steer asked me to hold a stopwatch “just for a couple of sessions”. That was ten years ago…

I really enjoy watching 800m/1500m races in the summer, seeing how the races develop and PBs being beaten. But I love days out at cross-country events.

What made you start athletics?

My dad was a good 1500m-5k runner and my mum was a sprinter/high-jumper who ran at the English Schools so it was always in the genes. I joined Reading AC when I was 12 and have been a member of a club ever since.

What is your most memorable sporting memory?

The London 2012 Olympics was amazing, such a buzz at all the venues and I had some great days out with my children. Going to the Champions League final to see Spurs was an experience I’ll never forget, despite the result.

Who inspires you most within athletics?

Watching elite athletes is always a spectacle but my real inspiration comes from the enthusiasm and performances of the athletes at the club. It makes all the hours spent coaching worthwhile to see someone run their first race, beat their PB, get their race tactics spot on or come through injuries and setbacks.

Still loving it after all these years! 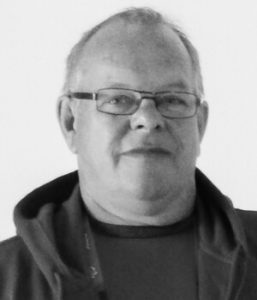 How did you get involved with the club?

I became involved with the club via Brian Yeomans (also on the coaching team).

What made you start athletics?

Initially, my primary teacher said to me “you’re fast Wallace, you can do the 60 yds and 150yds in the school triangular matches,” and finished in 1966, but I only restarted in 1999 after 33 years. I was working in Italy and on my return, I visited the local pub and one of my friends bet me that I could not run the Watford Half marathon – 10 weeks later I did and the rest is history!

What is your most memorable sporting memory?

This is extremely hard as I have so many wonderful memories, for instance watching England win the world cup in 1966, watching Watford play at Wembley in 1984, Bobby Charlton’s headed goal against Benfica in 1968 European Cup Final.

Seeing athletes I have coached achieve success at any level. I have been fortunate enough to see two overseas throwers I coached appear at the Olympics and numerous Paralympic athletes compete at the highest level but I suppose leading my team into the Paralympic stadium must be my favourite and most memorable memory.

Who inspires you most within athletics?

Mikael Undrom, a young man I coached from Sweden who was unbelievably talented and fought hard to compete; he represented both England and Sweden not only at athletics but also swimming, golf and Alpine skiing. Apart from training and competing, Mikael also works as a vegetable chef in a local restaurant. Once a week, he volunteers as a cook in a care home. Mikael is a special person who inspires everyone around him. Mikael Undrom, sportsman, chef and a special friend who has overcome being born with Downes Syndrome.

My greatest achievement- now that is very difficult, I cannot say coaching as I do not win the medals the athletes do, I just contribute to their success. I played football at a reasonable level; schoolboy international, but then I played 3 times for France masters team. I suppose my greatest sporting achievement was playing in a pro-Am alongside Brian Barnes and Ian Woosnam. I hit a beautiful 7 iron off the tee on a par 3 and the ball landed within 3mm from the hole!

To find out more about volunteering email: volunteer@stalbansac.co.uk

Leading Athletics Courses – click here for further details :https://www.englandathletics.org/coaching/qualifications/leading-athletics/
The cost of the course can be reimbursed. Please contact Peter (vicechair@stalbansac.co.uk) for details

During lockdown one we all had a little extra time to think and to plan.

I have always loved learning and developing but felt unsure as to the commitment needed for a two or three year course. With the wonders of google I found a whole list of short courses at City University.

A relatively new phenomena is the science of Positive Psychology and happiness . We all understand the benefit of psychotherapy in the treatments of anxiety and depression but Positive Psychology is looking at becoming the best you can possibly be . Looking at your values and strengths and utilising them to your advantage.

So for the past few weeks I’ve been attending a virtual classroom complete with presentations and seminars with 16 other students . My head is buzzing with new techniques to help athletes be the best that they can be whilst minimising their anxieties and helping them to love the sport they have chosen .

Just to wet your appetite here are a couple of entertaining you tube videos .

I’ll leave you with a last thought when things don’t go well on the track or the XC course don’t simply REACT  feeling  angry and sad , STOP , think and then respond to the situation rationally. Try it out a few times and then it will become a habit! 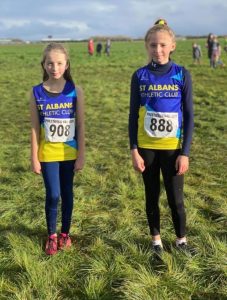 On Saturday 31st October six of us, from year 6 (Georgia Tongue, Lily Kennedy, Freya Seneviratne, Bibi Fisher, Lotte Fisher, Peti Bansaghi ) went to Prestwold Hall in Leicestershire to run in the English National Primary Schools Championships that we qualified for in February.

We should have run this race in March but it was cancelled when we went into lockdown.

The Coronavirus rules meant that we couldn’t travel to the race together on the team coach which was a shame as I think this would have been fun.

When we arrived at Prestwold Hall, it was raining and very windy because of storm Dennis.

We warmed up together in the mud in our wellies and got very wet before we were called to the start line.

The start line was different to normal races; we had to be lined up in separate pens and be 2m apart which was strange as there was no pushing like at a normal cross country start.

I was nervous and excited as there were lots of competitors from all over England.

I got off to a good start but the course was very muddy and quite hilly with lots of holes and the wooded bits were tricky.

It was lucky we’d done some training in the woods with Peter at Toulmin Drive so we knew what to expect.

The race was over quite quickly and we all did so well, it was great that we were there together so we could cheer our friends to the finish line.

Unfortunately, because of the rules on staying around, we couldn’t watch Peti compete in the boys U11s race.

I’m looking forward to the next race and hope that it will be back to normal then as I like the excitement of the start line.

The track will be operating limited hours across the Christmas period, which can be found here: 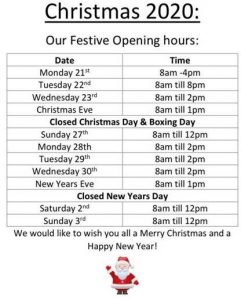 The last athletics club session will be Sunday 20th December, although we may be able to organise a MD session on Tuesday 22nd. Please see XC/MD Training and the XC/MD Facebook page

We will return to our usual training sessions on Tuesday 5th January 2021 (subject to Government announcements). There will be a Year 7+ Sprints only training session on Sunday 3rd January.

Please see www.stalbansac.co.uk/training and the Track/Field Facebook page for more details.  This session will need to be booked in advance in the usual way.

Wishing you ALL a Merry Christmas and a Sports Filled New Year! 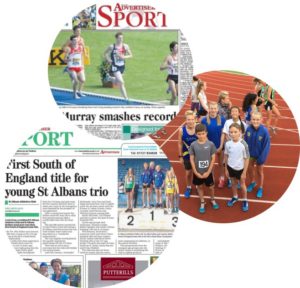