The club was formed in February 1989 as the brainchild of its former president Tom McNab. Tom had been employed by St.Albans District Council to run athletics courses on its new synthetic track at Westminster Lodge. When these short courses finished many of the children wanted to continue with athletics but there was no club in St.Albans. The parents approached Tom and he agreed to put the wheels in motion for starting up a Westminster Lodge based athletics club, geared primarily to children between the ages of eight and eighteen.

Several meetings were held with interested parties and a parents’ committee was then formed. It set about liaising with the then Leisure Department at St. Albans Council for sole use of the track for its Thursday and Sunday session times and Godfrey Davis (St. Albans Ford Dealers at that time) who sponsored the club in its formative years. After much publicity and trumpet blowing, the club was finally launched in February 1990. Since then we have had hundreds of local children through our ranks and have had many County Champions, English Schools Champions, National and International representatives – and a European and World masters champion in both ladies indoor and outdoor polevault. Needless to say, we are very proud of these athletes.

In later years a management company was formed by former employees of SADC Leisure Department who then became responsible for the general running of the track and this system is still in place today.

If you are interested in finding out more about the club why not come down to one of our training sessions (details of which you will find under the heading training), or alternatively ring one of our committee members (listed under Contacts) for more information. 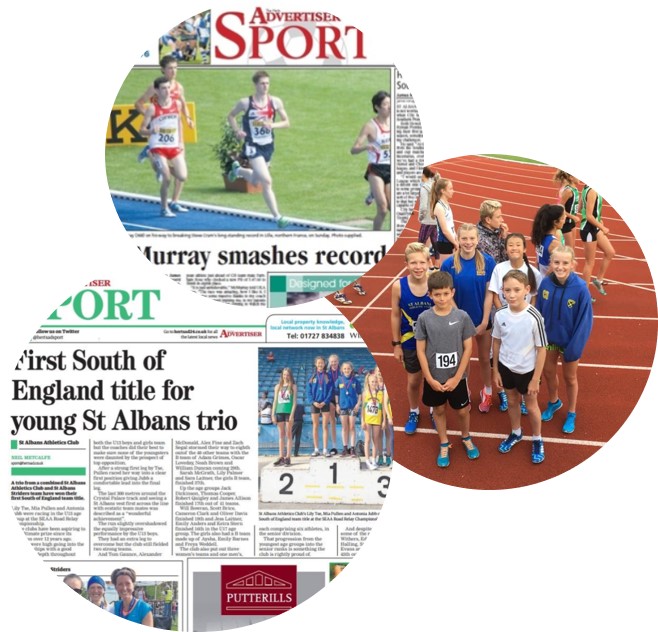